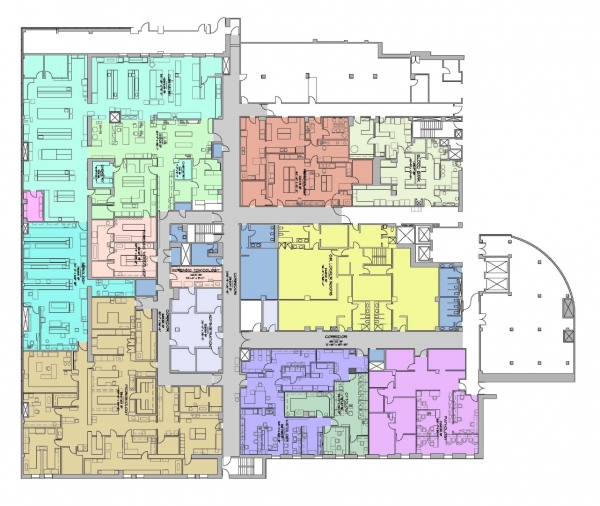 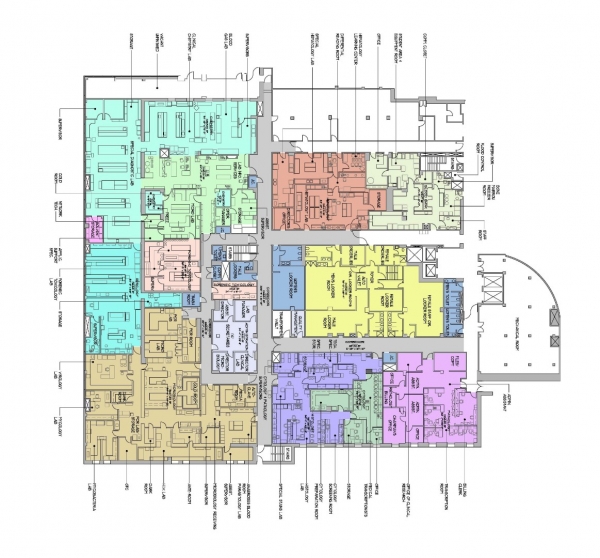 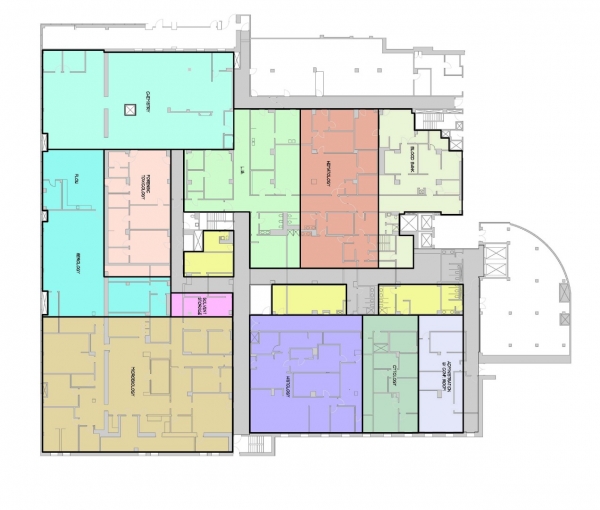 To prepare a planning study for a much-needed expansion to Albany Medical Center Hospital’s clinical laboratories.

We met with lab directors and managers for each of the 11 different groups to review existing lab needs and anticipated needs for the next five years. For each lab we documented existing equipment, storage, circulation and bench spaces. Labs were landlocked and had grown in place. Most were overcrowded equipment was placed wherever it would fit, not where it was needed, resulting in inefficient layouts. A reoccurring issue in programming meetings was the desire to maintain open and flexible lab space at Chemistry, Hematology, Serology and general receiving (highest volume users). The clinical labs operate 24/7 and the entire lab could not be relocated. This required that expansion was to, as much as possible, be done in place and cause little disruption to existing operations – a tall order for sensitive laboratory procedures. In addition, the blood lab has a dumbwaiter directly to the ORs below which could not be relocated. The planning report laid out space program (existing and desired square footage), several layout options, and an estimate of probable construction cost. The estimate broke down each lab based on the extent of work required, from very minimal to a complete gut. The various layout options shifted and expanded different labs while attempting to maintain as much of the layout as possible. Selected layout placed the receiving function directly in the center of the high-volume labs and allows for an open layout.