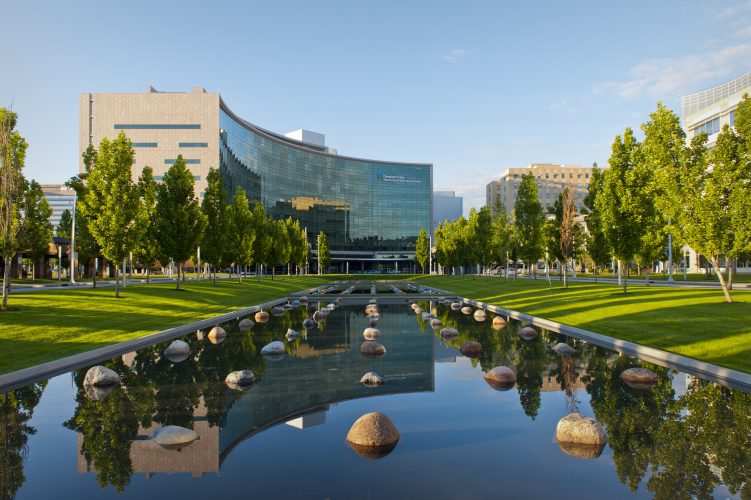 Can architectural space be more than subjectively beautiful? Are there objective realities in the built environment that cause humans to elicit certain responses of well-being or fear, stress or relaxation, pain or pleasure?

What if our experience of architecture has a quantifiable effect on our well-being?

What might this mean as to how we design the spaces in which we live and work, particularly those related to healthcare?

Philosophers, policy-makers, and urban planners have puzzled over this question for years but have been held back by the lack of measurable data on the topic . . . until now.

A relatively new field of research known as architectural psychology (a branch of environmental psychology) explores the interaction between humans and the built environment and has generated a great deal of information on the topic, much of which is backed by extensive research and data.

The following is an overview of a few significant findings from architectural psychology: theories and investigations.

One of the most compelling theories related to architectural psychology is that of biophilia. In 1986, Edward O. Wilson coined the term ‘biophilia’ to describe what he believed to be the necessity for modern humans to be in contact with nature. He argued that this predisposition was genetic and could be traced back to our human ancestry. However, modern-day societal factors have cut us off from our contact with nature. According to the proponents of biophilia, efforts must be made by planners and designers to re-establish this connection in the built environment. Wilson’s Biophilia was followed by a great deal of study and literature on the topic by many researchers and architects.

The findings of biophilia have received particular attention over other findings related to architectural psychology for the following reasons: 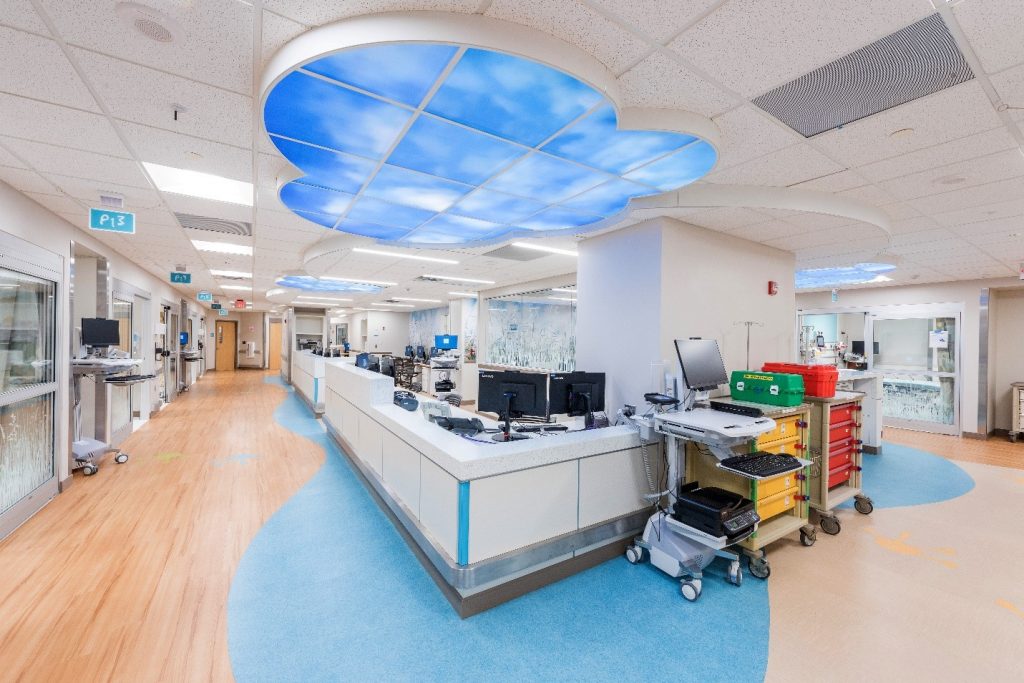 Interior Color and Room Size:  An extensive study on the psychological effects of wall and ceiling color was performed at the University of Bologna in 2018. The results showed a preference for blue interiors, followed by green, violet, orange, yellow, and red. The study went beyond the stated preference and measured the mood and psychological performance of the students. An association was found between the blue color preference and the “calm” rating on the mood scale.

An earlier study published in 2009 demonstrated that people surrounded by red walls (the color of a stop sign), were much better at skills that required accuracy and attention to detail. At first, this seems to contradict the University of Bologna study. However, while people in the blue room did worse on short-term memory tasks, they did far better on those requiring some imagination which correlates with the Bologna study.

According to scientists, these results can be explained considering that the color blue is often associated with openness, peace, and tranquility (Kaya & Epps, 2004). This sort of mental relaxation makes it easier for us to daydream. We are less focused on what’s right in front of us and more aware of the possibilities in our imagination. On the other hand, red is often associated with dangers and activation (Elliot et al., 2007) which makes people more alert and aware. 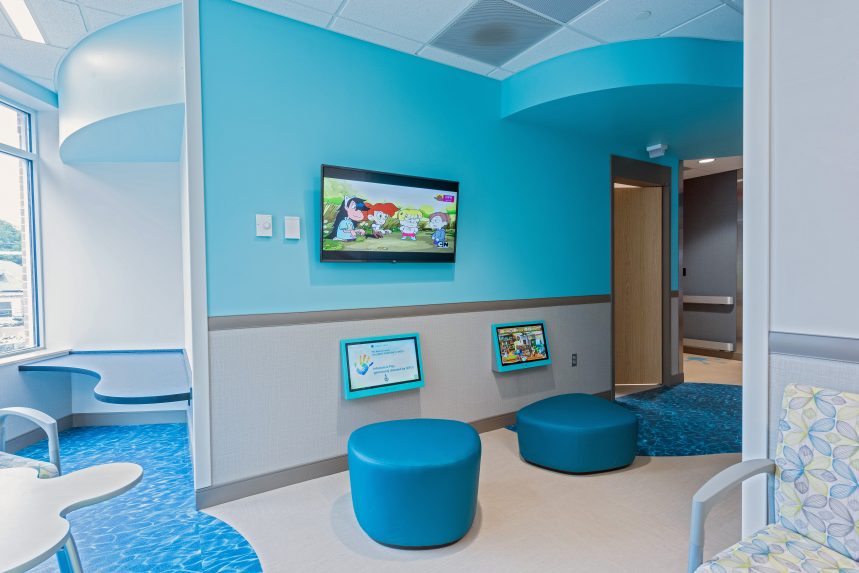 Larger spaces with higher ceilings have also been found to foster abstract thinking. White ceilings are almost universally preferred because the perceived room height increases with the ceiling lightness (Oberfeld et al., 2010). On the other hand, smaller spaces help narrow focus on specific objects or problems.

Where does this leave designers? According to the findings, it depends on the task at hand. If we are trying to foster relaxation, imagination, and creativity, it would make sense to design large open spaces with high ceilings and blue (cooler) color hues. If it’s alertness, attention, and specific problem-solving is important, designers might want to consider smaller spaces with colors in the red (warmer) color hues.

Patterns Geometry and Landscapes:  In A Pattern Language (1977), Christopher Alexander said the following regarding the built environment: “No pattern is an isolated entity. Each pattern can exist in the world only to the extent that it is supported by other patterns: the larger pattern in which it is embedded, the patterns of the same size that surround it, and the smaller patterns which are embedded in it.”  Also, in the ’70s, Benoit Mandelbrot discovered a mathematical analog to Christopher Alexander’s pattern language. As a mathematician working for IBM, he was studying well-known mathematical problems known as the ‘Julia Set.’ These were problems that were self-replicating with no apparent end. This led to a revolution in the mathematical analysis of nature, known as fractal geometry. In fractal geometry, the same pattern appears at every scale, creating a deep sense of layering and is frequently found in nature. Fractal patterns are considered biophilic since our experience of them theoretically connects us at a subconscious level to the experience of nature.

Another pattern that has been attributed to deep psychological imprinting is the “nine-square” pattern and is well-documented in Donald H. Ruggle’s book, Beauty, Neuroscience, and Architecture (2017). According to Ruggles, the nine-square pattern organizes the features of the human face and is imprinted in the mind of an infant. He demonstrates how this pattern appears again and again in the built environment.

Moreover, savanna-scape is considered to be deeply imprinted in the primitive human brain. This idea first appears in the paper, “Evolved Responses to Landscapes,” by Gordon Orians and Judith Heerwagen. They assert that savanna-like views should be preferred by modern humans because savannas were superior during evolution for providing primary necessities such as food, water, and security: “Through the millennia, this reaction to the patterns embedded in the savanna-scape became intuitive and influenced the neuronal growth of the primitive brain, effectively encoding intuitive reactions into our genetics.

Apart from preferences, this evolutionary theory is also important for explaining why certain types of nature views and content (vegetation, water, sunlight) should have stress-reducing and helpful influences. As Steven Pinker asserts in his book The Blank Slate: The Modern Denial of Human Nature (2002): “Our perceptual systems are designed to register aspects of the external world that were important to our survival.”

The patterns studied in architectural psychology have one thing in common:

The “golden mean” or “divine proportion” is perhaps one of the earliest recognized mathematical patterns found in nature and studied by mathematicians, philosophers, and architects for centuries. The ratio (1.618) is found repeatedly in nature, and like the fractal, it is found self-repeating at various scales. While the ubiquity of these patterns in nature is undeniable and to study them is truly fascinating, there is little imperial data regarding a direct connection between specific human psychological responses and the experience of these patterns in our environment. Nevertheless, a myriad of data exists regarding applications of biophilia in healthcare settings.

Biophilia (Nature, Gardens and Light):
Nature Views:  While the connection between savanna-like views and feelings of well-being may not be scientifically proven in specific, the concept of nature views and restoration - in general - are well documented. Several studies have indicated that even briefly viewing nature settings can produce substantial and rapid psychological and physiological restoration from stress. Stress-reducing effects include reduced levels of negative emotions such as fear and anger and elevated positive emotions such as pleasantness, and changes in physiological systems indicative of diminished stress.

Studies in both laboratories and real environments have consistently found that viewing nature produces significant physiological restoration within three to five minutes at most, as evidenced, for example, in brain electrical activity, blood pressure, heart activity, and muscle tension. A study of patients recovering from abdominal surgery found that those assigned to rooms with a bedside view of nature (trees) had significantly less pain, shorter post-surgery stays, better emotional well-being, and fewer minor complaints than matched patients assigned to identical rooms with windows overlooking a brick wall (Ulrich, 1984). 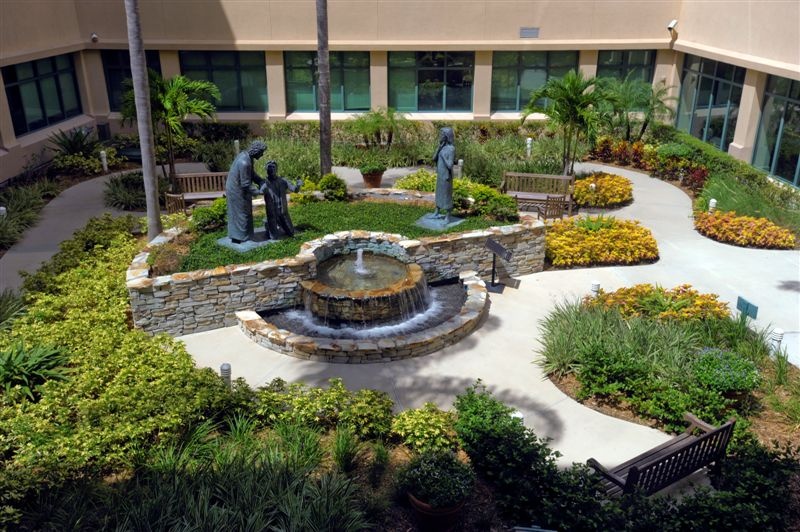 Gardens: in healthcare facilities have been found to not only provide restorative and pleasant nature views, but also reduce stress and improve outcomes through other established mechanisms such as fostering access to privacy and social support, creating opportunities for restorative escape (and control) with respect to stressful clinical environments, and providing settings that enable physically active pursuits in pleasant nature surroundings ranging from active play to physical rehabilitation.

Other research suggests that gardens can also be important for reducing stress in healthcare workers and increasing job satisfaction.

Light:  Research on residents in Alzheimer’s disease care units has linked facilities designed with higher light exposure with lower patient agitation levels (Sloane, 1998). Studies published in the American Journal of Psychiatry have found that light can significantly alleviate depression after approximately two weeks of treatment, while anti-depressant drugs have a delayed onset of at least four to six weeks (Martiny, 2004). Patients hospitalized for severe depression assigned to sunny rooms had substantially shorter stays than those assigned to rooms always in shade. Natural light exposure has also been found to help in reducing pain by increasing levels of serotonin, a neurotransmitter known to inhibit pain pathways. When it comes to artificial light, one study showed that people exposed to cooler colored light reported feeling happier and more alert than when exposed to light in the warmer color temperatures.

For day-shift healthcare staff, morning daylight exposure is the primary environmental stimulus for regulating circadian rhythms and thereby fostering daytime alertness, cognitive performance, and nighttime sleep quality. Designers can help staff regulate body clock rhythms by providing windows in healthcare workspaces and breakrooms or installing tunable LED lighting which can be controlled to mimic the color and intensity of the natural daylight cycle.

Conclusion: Architectural psychology provides a range of information that is becoming more and more useful to designers as new data continues to emerge from the field. For designers, a basic understanding of the concepts as they relate to the healthcare design is very much warranted. In particular, the restorative properties of biophilia are significant. Of course, the priority and resources allocated to biophilic healthcare design will ultimately be influenced by cost and the extent that biophilic measures are shown to improve outcomes. The fact that many newly constructed healthcare facilities worldwide have taken the lead on this approach indicates that optimism is warranted, and awareness is crucial.

If you have any questions about this article or about applying biophilia principles to your next project, please email Mike Dobereiner at mdobereiner@hymanhayes.com or call him at 518.452.3470 ext. 207. 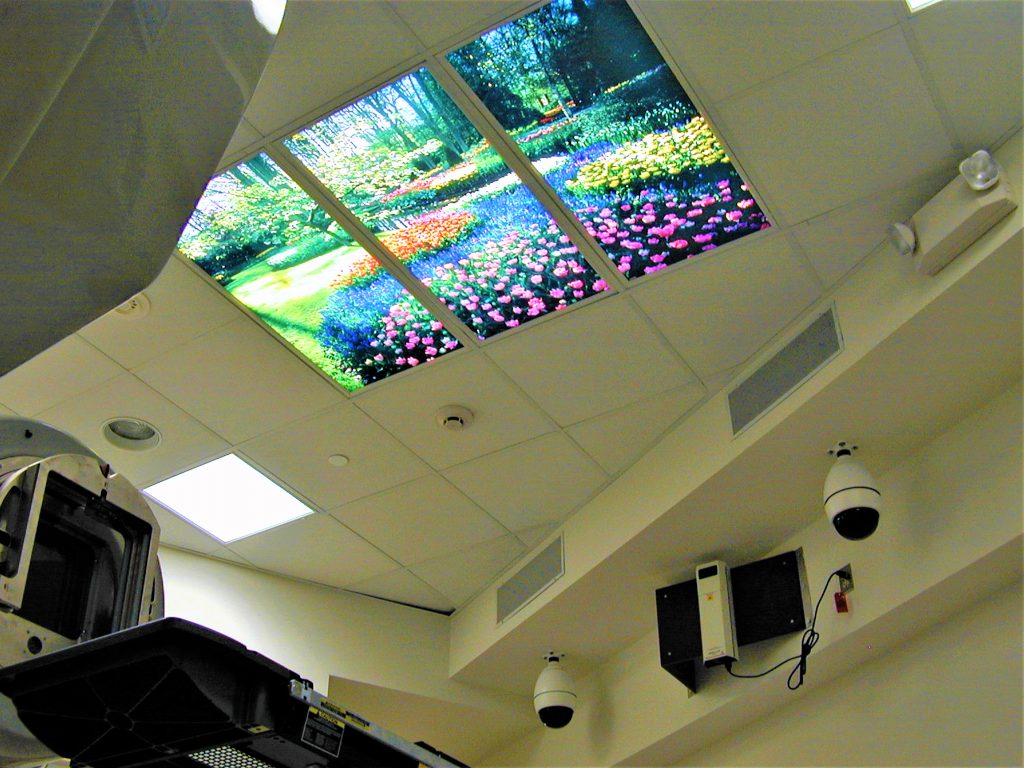 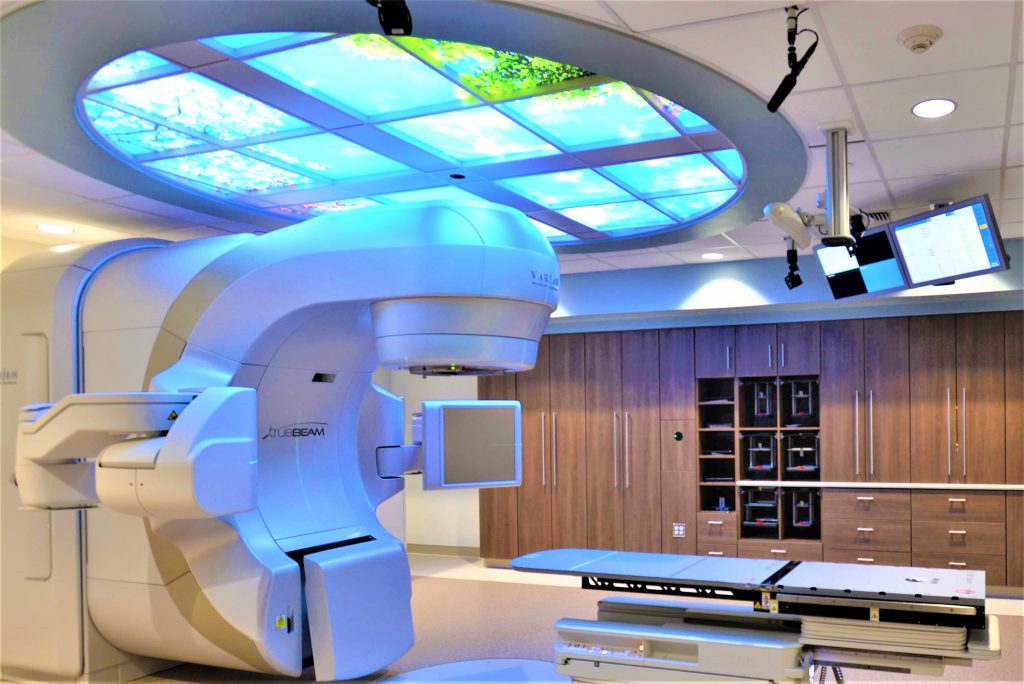 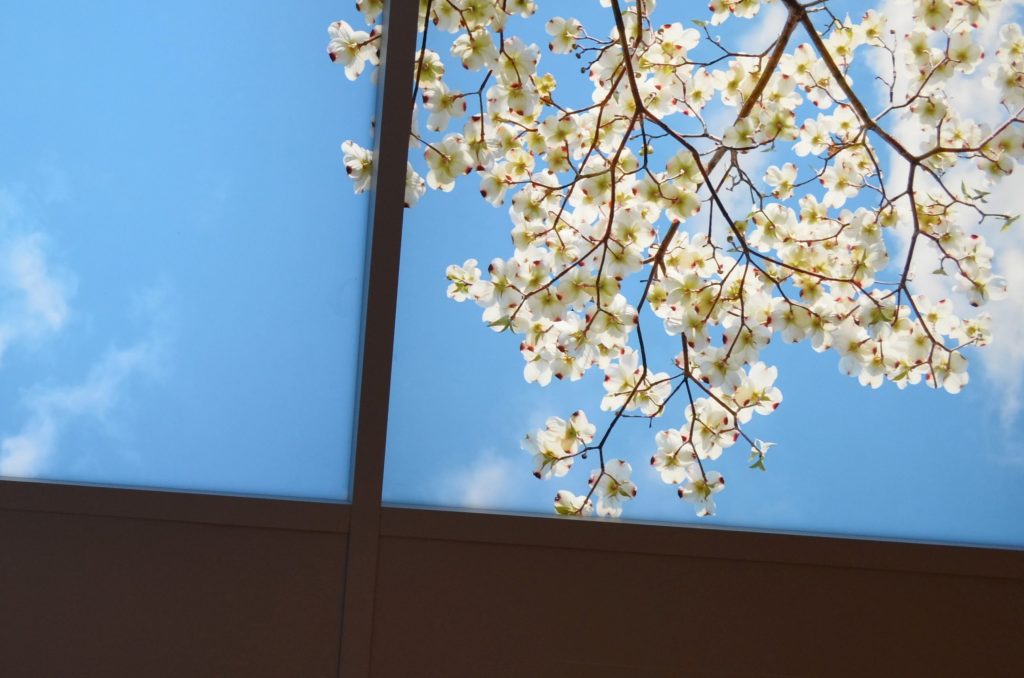 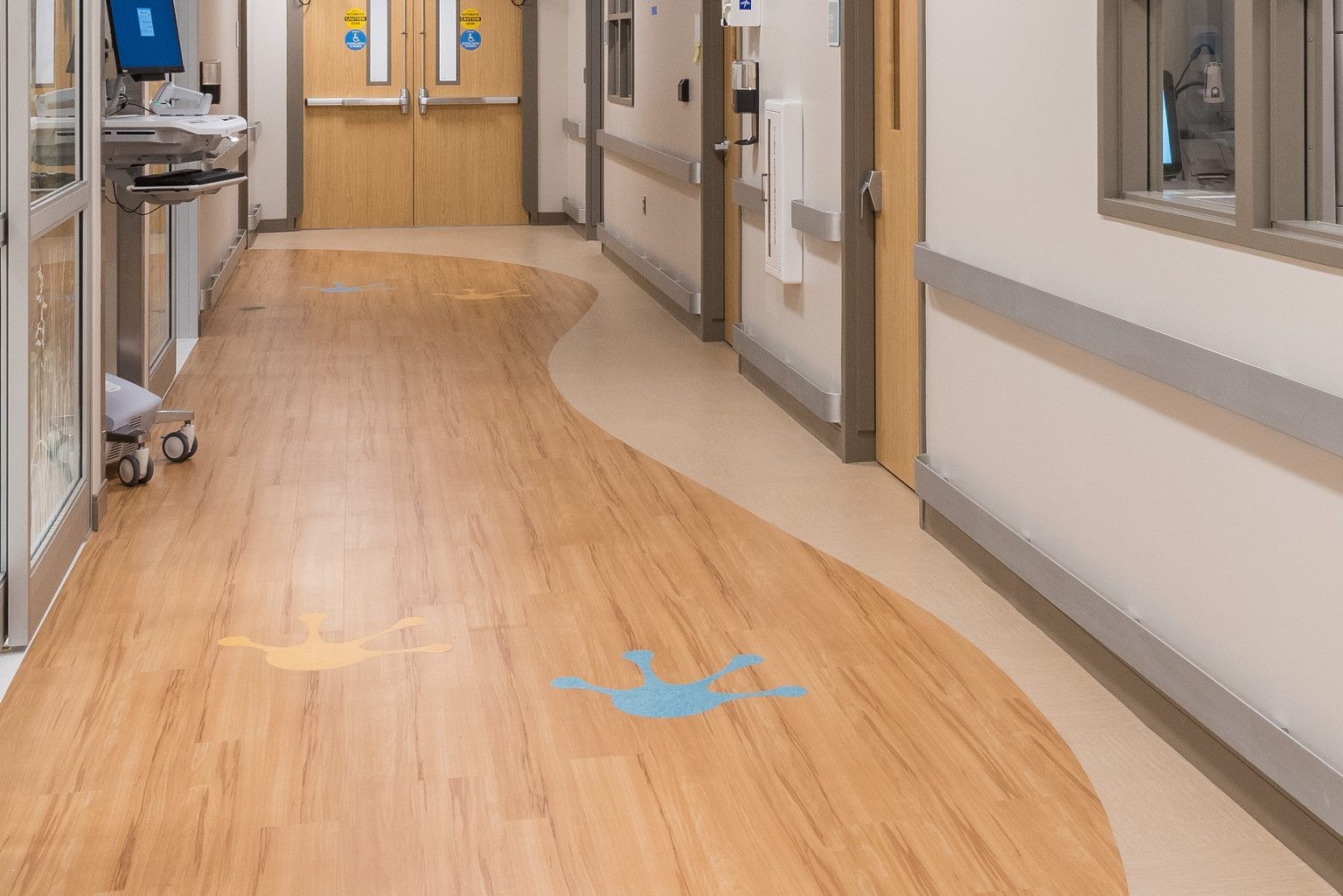 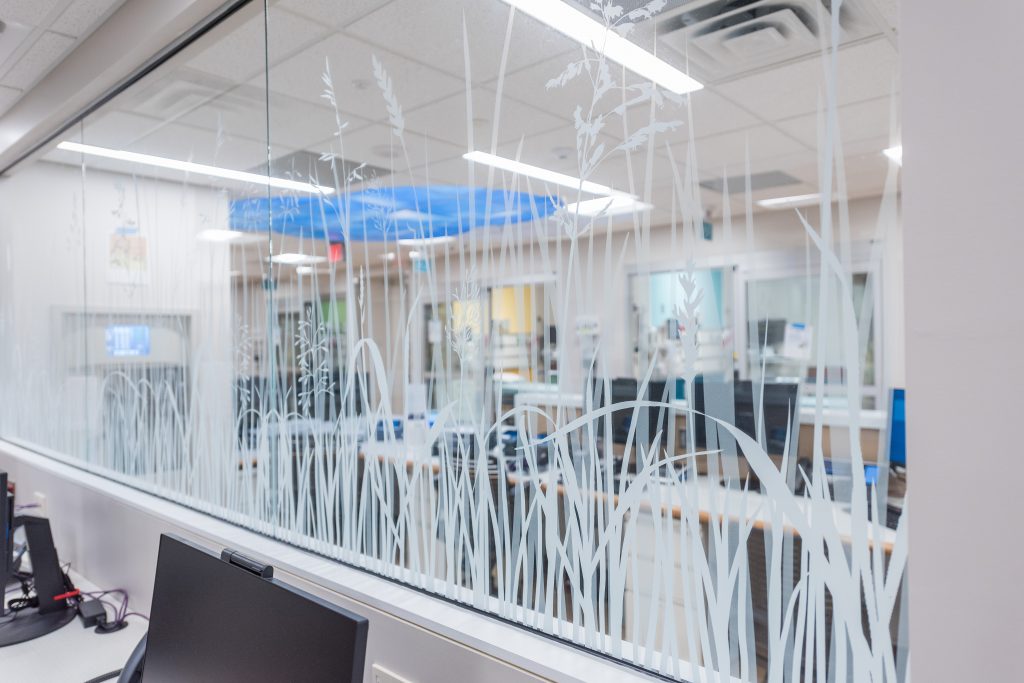 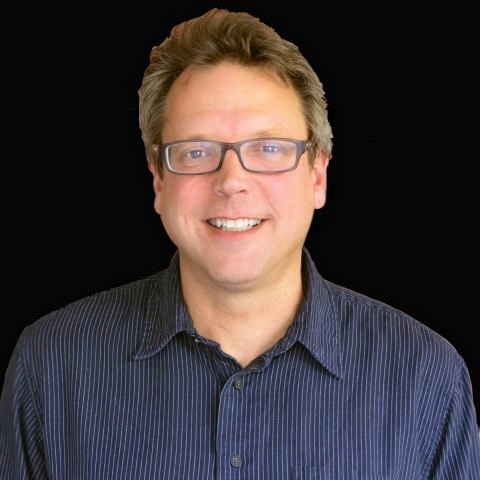 About the Author: Michael Dobereiner, AIA, LEED A.P., is an HHA senior project manager/project architect with almost three decades of experience in the design and management of institutional, governmental, higher education and commercial projects. Mike is responsible for the management of design teams including client interaction, meeting project schedule and budget, producing high-quality construction documents, and construction administration supervision. To achieve this, Mike works closely with the client and project team to enact the program requirements and develop the project design. He is also actively involved in the firm’s business development and sustainable design efforts.