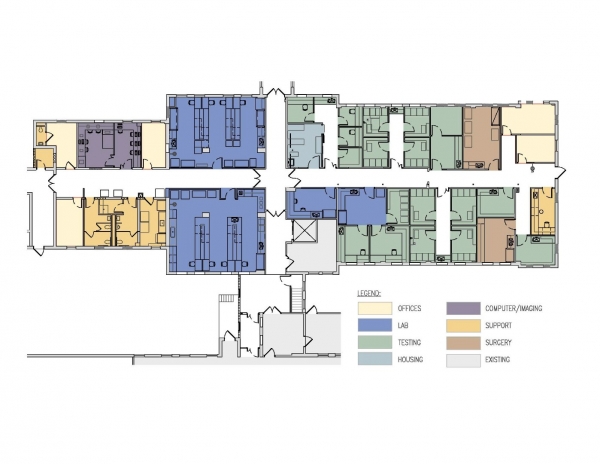 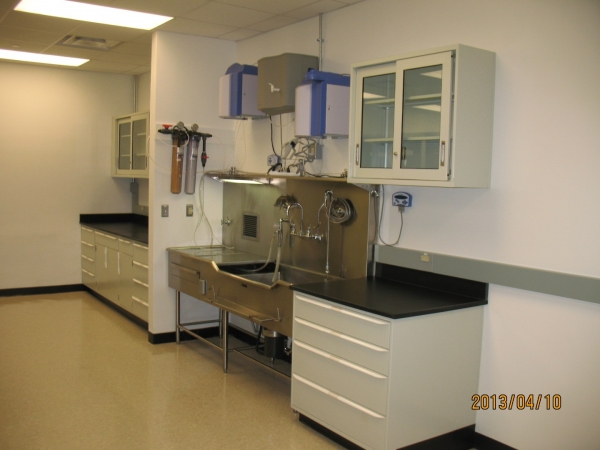 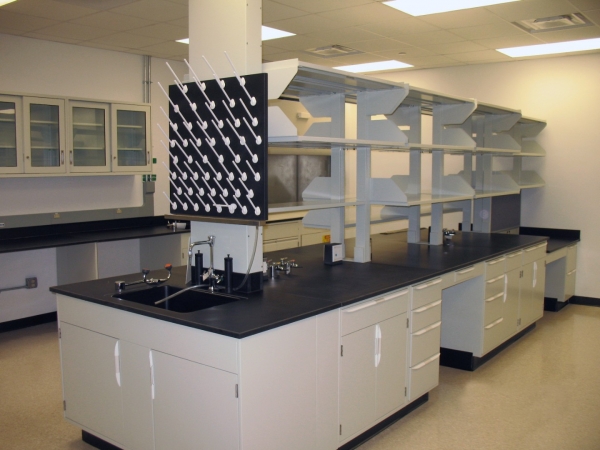 To program and design new laboratory and animal testing areas.

Nathan Kline Institute (NKI) for Psychiatric Research is well known for their research efforts including general laboratory research and animal behavioral testing. Working from a previously prepared study, HHA met with the principal investigators to review and modify the study and then develop a new layout for the 12, 000-sf space. The program called for the addition of a new researcher onto the floor and his animal studies required a large area contained within a suite not interrupted by public circulation. To achieve, the existing researcher would have to be relocated. The entire floor was gutted in two phases, first to allow the existing researcher to move and then to fit-up space for the new researcher. An Alzheimer’s wet lab research area was located on one end of the floor. The lab utilizes mice for tissue and DNA samples and includes an imaging processing room with an arrayer robot to produce DNA microarrays. The other end of the floor is the child development testing animal area run by a PI from NYU, with which NKI is affiliated. The suite contains several different functions including behavioral testing, water maze testing, physiology testing, surgery, a general lab and PI offices. A separate testing area for microdialysis and pre-screening testing forms its own suite within the child development area and includes a housing room for baby mice with access off the main corridor and a separate door directly into the testing suite. The animal housing room holds three ventilated cage racks with automatic watering system and includes seamless flooring, epoxy walls, and gypsum wallboard ceiling to allow for hose down washing. The animal areas are all designed to the requirements of the NRC’s Guide for the Care and Use of Laboratory Animals to achieve AAALAC accreditation.